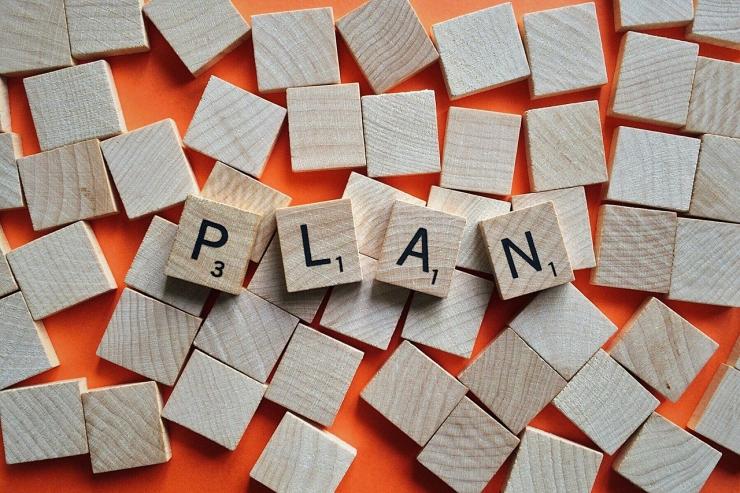 Climate change and world wars aside, global catastrophes are comparatively rare. Recessions may hit and leave austerity in their wake, but it is rare for the world to be changed overnight, as has happened with COVID-19.

That said, local disasters are relatively commonplace: earthquakes, tsunamis, eruptions, fires, famines, hurricanes, and tornados occur regularly - and likely more frequently to come given that climate change crisis - with destructive storms a seasonal occurrence in some countries, such as the US and parts of Asia.

On the one hand, this ought to help to focus the organizational mind on planning for how to adapt and survive the bigger disasters. Or at least that’s the theory. After all a pandemic has long been predicted - Bill Gates has reason to be telling world governments, ‘I told you so…’ right now - and modelled, but not enough people took those warnings seriously. Indeed, in some cases, there’s evidence of the active dismantling of infrastructures that would have helped more people to survive, for reasons of false economy or political petulance in the main.

Bearing in mind that if catastrophe occurs today, it does so in a world of data that can be used to keep supply chains and essential operations running, this is where the pitch for Cognitive Automation the automation of Artificial Intelligence, machine learning, data modelling, and data science functions to help run business operations - comes in.

According to Ram P Krishnan, CMO of Aera Technology, it all boils down to risk reduction:

"The industry and the markets are reacting with different models in an attempt at risk reduction. But they are rolling out a fairly textbook version of disaster recovery and business continuity, establishing a response team and an operational team looking at mid-term and long-term impacts."

The problem with this is that many standard models and mitigation techniques simply aren’t working when put to crisis test, because wider supply chains – including materials, manufacturing, shipping, air freight, and logistics – have all been disrupted, he explains.

It’s no longer as simple as switching on a different tap when one pipeline has no water. This can be seen in swathes of the retail sector where, despite a lot of talk from firms about how they’d been lessening sourcing dependence on China anyway prior to the COVID-19 outbreak, the struggle to fill the warehouse shelves has been real in some categories.

With the pandemic’s effects rolling around the globe and hitting regions at different times, the question then is how can organizations can be smarter about how these challenges affect consumer demand and confidence, as well as sourcing and manufacturing?

The answer, says Krishnan, is always to adopt a strategic, rather than tactical, approach, enabled by a supporting digital infrastructure that can learn from successes and failures. This is especially important when brand loyalty has been lost to the crisis. As Krishnan says, as soon as the crisis hit and people started to panic buy, nobody cared anymore what brand of toilet paper was in their trolley. The most important thing for retailers was being able to offer some kind of product and for buyers.

Increasingly, businesses are finding that they can no longer game their own systems by feeding them with data that, at one point pre-COVID-19, gave them the results they wanted to hear. What’s needed is a smarter way of looking at how different scenarios will play out across the enterprise, says Krishnan:

"I'm not saying that signal is always right 100% of the time, but at least you have an accurate sense of what the signal really is - a good sense of the pulse of what is going on, and what is likely to happen."

This had always been intended as a big year for Aera. Back in February, just before the full extent of the crisis became apparent, the firm formally launched its Cognitive Operating System, pitched as the “world’s first cloud platform for Cognitive Automation”, now ready for more mainstream attention.

Prior to that, founder and CEO Frederic Laluyaux told diginomica:

"The category is being formed in front of our eyes. I think we've shaped the narrative quite a bit. All this stuff is literally what we've been talking about. You see the Gartner analysts now talking about self-driving supply chain. The narrative is it's getting through. If you work your butt off and if you're lucky and if you have the money to do it, it will take three, four years to establish a category. I think it's shaping nicely right now, but we're still early. We haven't crossed the chasm yet."

That was, as the saying goes, then; this is now. Since that time, of course, the entire world has found itself in unchartered territory and many organizations have been trying to put their hands back onto the wheel in a struggle for business survival. Given the new pressures on everyone, it’s tempting to wonder whether the automated Skills available on platforms such as Aera’s are about to be put to an unintended test. And if so, is there an expanding library of options that may help in future crises?

"Our platform is designed for partners and customers to build skills on top of…Absolutely, I foresee a library or marketplace in the future, particularly for risk management."

Beyond that will be further development of Aera’s ‘cortex’, the digital brain of its cloud platform, with planned further announcements around that to come, presumably once the crisis has abated.

It’s early days for Cognitive Automation. The cultural shift involved in ‘letting go of the wheel’ to allow systems to augment repetitive, low-value tasks with AI and machine learning is significant, but if this happens, the good news - in theory - ought to be that in future crises, including evolutions or a second wave of the current one, there should be a lot more data at our fingertips and a lot more recovery options at our disposal.

Bringing lean up to speed